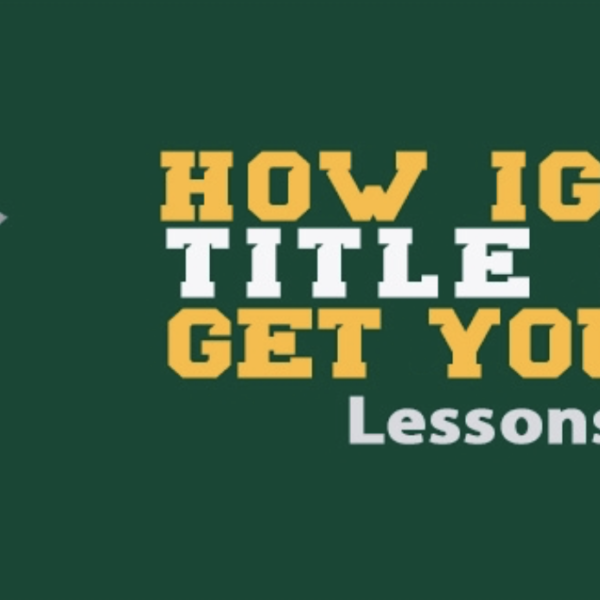 How ignoring Title IX can get you fired, lessons from Baylor

Title IX protects students of all genders and sexual orientations from sex-based discrimination in athletics and academia. Since being signed into law in 1972, this deeply-impactful section of the Education Amendments has expanded academic opportunities for hundreds of millions of students. In 2011, the United States Department of Education, Office for Civil Rights (‘OCR’), issued a letter (known as the “Dear Colleague” letter) which advises that schools have an obligation to respond to sexual harassment and sexual violence. The letter makes it clear that Title IX protects students from sexual harassment in a school’s education programs and activities. Specifically, the letter advises that recipients of federal financial assistance must implement the following procedural requirements:

1) Disseminate a notice of nondiscrimination (which must be widely distributed; it is recommended that the notice be prominently posted on school websites and at various locations throughout the school or campus);

2) Designate at least one employee to coordinate its efforts to comply with
and carry out Title IX responsibilities; and

This expansion addressed a significant area of concern but also created new challenges for colleges and universities. Non-compliance can result in significant losses in federal funding, as well as payments to the OCR, not to mention significant and severe consequences, including intense public scrutiny.

The Baylor University case is an example of what can happen when a university avoids its Title IX requirements. In that case, there were multiple allegations about how Baylor and its administration and staff handled sexual assault complaints generally. Further, there were specific allegations involving members of the football team as well as the actions and inactions of coaching staff and administration. This led to an independent investigation being conducted in August 2015 to look at Baylor’s institutional response to Title IX and compliance issues.

The investigation looked at all reports of sexual harassment or violence for the past three academic years (2012-2015). The investigation found significant issues with Baylor University’s treatment of such cases. The investigation uncovered that the processes in place at Baylor were “wholly inadequate to consistently provide a prompt and equitable response under Title IX.” The investigation also revealed that Baylor failed to identify and eliminate “a potential hostile environment” and the effects for individual complaints as well as the broader campus community. There were examples by some administrators that discouraged complainants from reporting or participating in the process and even one instance that amounted to retaliation against a complainant for reporting sexual assault.

Notably, Baylor did not hire its first full-time Title IX coordinator until November of 2014, over three years after schools were advised to do so by the Department of Education. When a full-time Title IX coordinator was hired, the university “underestimated the level of infrastructure and resources that would be necessary for successful implementation.

The administration at Baylor engaged in what could be perceived as “victim blaming” rather than conducting a proper investigation of allegations. And, specifically to the football program, there was a lack of enforcement of rules and policies that created a perception that there was no accountability and that the football program “was above the rules.” In some cases, Baylor football and athletics personnel affirmatively chose not to report sexual and dating violence to an appropriate administrator. In those instances, football coaches or staff met directly with a complainant and/or parent of a complainant and did not report the misconduct. There were also missteps in disclosures that precluded Baylor from fulfilling its legal obligations and the football program attempted to maintain internal control over discipline for other forms of misconduct. Specifically, in at least one circumstance, the process reflected a failure to conduct appropriate due diligence and assessment of risk regarding past criminal or student conduct and an affirmative decision not to seek additional information about an athlete’s prior criminal or student conduct records.

The events at Baylor resulted in the head football coach (Art Briles) being fired, the University President (Ken Starr) being removed from that position and demoted, and the Athletic Director (Ian McCaw) being sanctioned and placed on probation. The Baylor case is an extreme but important example. In light of what occurred, it is important to carefully assess the need to handle Title IX cases thoughtfully and appropriately to make sure that these cases are handled with attention and sensitivity but also that universities are complying with federal mandates.

Admittedly, the OCR lacks the significant resources needed to enforce Title IX. According to the Women Sports Foundation’s former CEO Donna Lopiano, the vast majority of high schools and colleges remain non-compliant to this day. While most educational entities are not at immediate risk of action from the OCR, non-compliant institutions may be vulnerable to legal action from students (both past and present) and their parents. Adept legal handling in the early stages of Title IX cases can greatly reduce public scrutiny and federal action down the road. Such appropriate measures include:

• Addressing Title IX Complaints Via Investigations by Trained Staff
Educational institutions should make every effort to minimize sexual discrimination in the classroom and in athletic programs. However, if a complaint is brought to the school, it is critical to promptly investigate reports of misconduct, discipline responsible parties, and employ preventative measures.

All complaints must be brought to the designated Title IX coordinator’s attention as soon as possible. Of course, the sooner a formal investigation is launched, the better. Investigations may be triggered by the following: formal grievances from students or employees; police reports; demand letters from attorneys; local newspaper articles detailing alleged assaults; and/or anonymous messages.

• Gathering Evidence
Once a complaint is brought to light, the school’s Title IX coordinator must be notified immediately. From there, a competent and impartial investigator must be selected to gather evidence, which may include: police and campus security reports; video surveillance; work and dormitory logs; personnel files; medical records; and/or related social media posts or text messages.

In addition to the evidence detailed above, the investigator will almost always conduct interviews with witnesses and the person issuing the complaint. The National Association of College and University Attorneys recommends that interviewers address confidentiality and other concerns that might prevent interviewees from sharing all details related to the incident.

• Preventing Accusations of Retaliation
When Title IX complaints arise, schools must avoid not only a perception of indifference, but also all signs of retaliation. Students must be able to invoke Title IX grievance procedures without fear of reprisal, including coercion, threats, and intimidation from authority figures. Types of such retaliation include removing students from sports teams or other extracurricular groups, pressuring students to take time off, or asking that students cease discussing the matter with the media.

Title IX cases are best avoided through careful assessment of compliance and the maintenance of a safe and welcoming campus environment. However, schools must also have detailed procedures in place to ensure that any complaints that arise are appropriately addressed. Through prompt investigative action and complete avoidance of retaliation, legal fallout and ensuing media spectacles can be avoided.